Due to overwhelming demand, a second concert has just been added at The Wiltern in Los Angeles on November 29 on Sting's Back to Bass Tour. Tickets for the previously announced performance on November 28th and for the newly confirmed concert on the 29th will go on sale Monday, Sept. 19th at 10AM (local time) at Ticketmaster.com and livenation.com.

In support of his forthcoming box set collection Sting: 25 Years, slated for release September 27, Sting will embark on the Back to Bass Tour this fall to celebrate the 25th anniversary of his solo career…performing all the hits, stripped down, as they haven't been played in years, backed by a 5-piece band in an intimate theatre setting.

Beginning in Boston on October 21 at The Wang Theatre at the Citi Performing Arts Center, the tour will extend across the US and Canada. Cities recently announced include Philadelphia, Washington DC, Toronto, Chicago, Detroit, Miami, Dallas, Houston, Denver, Phoenix, Los Angeles, San Francisco, Seattle, and Vancouver. Additional dates will be announced in the coming weeks.

Itinerary subject to change. Additional cities and venues to be confirmed. 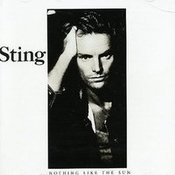 Sep 14, 2011
Sting.com 25 Days Countdown: 19 Days
Member Exclusive: Answer the following trivia question for the chance to win an autographed copy of Sting's album... Nothing Like The Sun.
Read more
+ 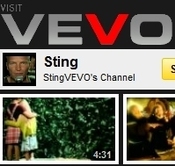 Sep 13, 2011
Sting.com 25 Days Countdown: 20 Days
Check out over 20 music videos spanning Sting's solo career using the new VEVO app on Sting's Facebook Page. Be sure to leave a comment and tell us which one is your favorite!
Read more
+