Sting Back To Bass European Tour 2012 - Concert in Monaco confirmed...

Live Nation is pleased to announce that a concert in Monaco is confirmed for February 26, 2012 at the Le Sporting Monte Carlo, which now completes the final itinerary for Sting's Back to Bass Tour.

Tickets for Monaco will go on sale Monday, December 19 at 10AM (local time). A very limited number of tickets have been held for Sting.com members. Cost of tickets are €250.00 which includes dinner. If you are interested please email ShirineTavakol@LiveNation.com with your name, number of tickets (4 ticket limit) and credit card info. We'll follow up with the box office and contact you when tickets are secured. 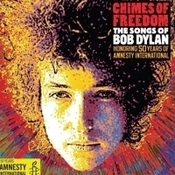