Live Nation is pleased to announce that a concert in Luxembourg has been added to Sting's Back to Bass Tour...

Live Nation is pleased to announce that a concert in Luxembourg has been added to Sting's Back to Bass Tour!

Currently garnering stellar reviews throughout North America, the Back to Bass tour celebrates the 25th anniversary of Sting's solo career by taking it back bass…all the hits, stripped down, as they haven't been played in years.

The tour will begin in Gateshead, UK at The Sage Gateshead on February 5, 2012 and continue across Europe and the UK (itinerary below). Additional dates will be announced in the coming weeks.

Itinerary subject to change. Additional cities and venues to be confirmed.
Comments
0
You must be a logged-in member to add comments. Log In | Subscribe 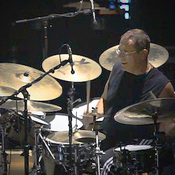 Nov 17, 2011
Virtual Ticket Video: Vinnie Colaiuta
Sting.com Member Exclusive: "If it were permissible to spend an entire review rhapsodizing about a drummer, this space would be devoted to the off-the-charts skills of veteran Vinnie Colaiuta, who transcended the concept of mere timekeeping..."

Nov 16, 2011
Win Free Tickets - Phoenix Nov 22
Enter to win tickets for Sting's Back to Bass tour! On November 22, Sting will perform at the Comerica Theatre in Phoenix, AZ and we're giving away a pair of tickets to two randomly selected fans. Enter to win by November 21 at 11AM EST.
Read more
+