Eight New Performances Confirmed on the Back To Bass Tour...

We are pleased to announce that due to demand, second shows have been added to the Back To Bass Tour in Boston, Philadelphia, Washington DC, Toronto, Miami, and Vancouver. In addition, a third and final concert has been added for November 30 at The Wiltern in Los Angeles and a new performance is confirmed for October 24 at the Oakdale Theatre in Wallingford, CT.

In support of his forthcoming box set collection Sting: 25 Years, slated for release September 27, Sting will embark on the Back to Bass Tour this fall to celebrate the 25th anniversary of his solo career - performing all the hits, stripped down, as they haven't been played in years, backed by
a 5-piece band in an intimate theatre setting.

Itinerary subject to change. Additional cities and venues to be confirmed.
Comments
1
You must be a logged-in member to add comments. Log In | Subscribe
September 21, 2011 posted by stingchronicity
Best of luck !!!
well the presale is soon to begin !!! Hope everyone who tries gets GREAT seats !!!
Newer comments    1 - 1 of 1    Older comments 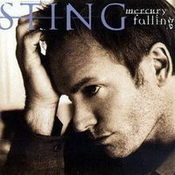 Sep 19, 2011
Sting.com 25 Days Countdown: 14 Days
Sting's fifth studio album, 'Mercury Falling', was also recorded at the 16th century manor house in England known as Lake House. The album begins and ends with the words "mercury falling" and Sting has said that the symbolism of mercury is still prevalent in his music today. Answer the following trivia question for the chance to win an autographed copy of the album!
Read more
+ 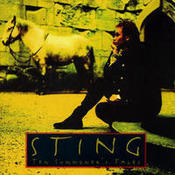 Sep 18, 2011
Sting.com 25 Days Countdown: 15 Days
In 1992, Sting moved himself and his family to a 16th century manor house in the English countryside and recorded the album 'Ten Summoner's Tales'. Answer the following trivia question for the chance to win an autographed copy of the album!
Read more
+