Sting's "Back To Bass" tour in early 2012 will provide a platform for Amnesty International to raise awareness on the organization's campaign against oil pollution and human rights abuse in the Niger Delta region in Nigeria.

For more than two decades, Sting has been a proud supporter of Amnesty International and their work to promote human rights worldwide. This longstanding relationship continues today, as Amnesty volunteers will organize information booths, highlighting their Niger Delta campaign, at each venue along his 2012 "Back to Bass" tour.

"I've long admired Amnesty International's effectiveness, dignity and sense of commitment. We go back a long way and I'm proud to support their work in any way I can," said Sting.

The tour, which received very positive reviews across North America last year, extends throughout Europe, the UK and South Africa beginning February 5, 2012 with a sold-out concert at The Sage Gateshead in Gateshead, UK.

Sting's support for Amnesty International began in 1981, when he performed at "The Secret Policemen's Other Ball" benefit concert in London. Over the years, he has participated in several concert events, tours, and album recordings for the organization. Most recently, he recorded a version of Bob Dylan's "Girl From The North Country" for the compilation Chimes Of Freedom: The Songs Of Bob Dylan Honoring 50 Years of Amnesty International, released in support of Amnesty's human rights work.

This year, Amnesty volunteers along the "Back to Bass" tour will offer literature to concertgoers on behalf of the organization's "Shell: Own Up, Pay Up, Clean Up" petition, calling on Shell to pay an initial amount of $1billion (£645m) to establish a clean-up fund for the Niger Delta and start clean-up and compensation for the affected communities. The campaign is also calling for Shell and other multinational oil companies operating in the Delta to pay for a comprehensive assessment of the oil pollution in the whole of the area.

A recent report from the United Nations Environment Programme exposed severe oil contamination in the Niger Delta - one of Africa's most bio-diverse regions.

Jo Metcalf, Head of Art For Amnesty, said: "We are really happy to be a part of Sting's tour and hope to help bring attention to this important campaign."

More Art for Amnesty information: www.amnesty.org/arts.
Comments
1
You must be a logged-in member to add comments. Log In | Subscribe
February 05, 2012 posted by tonyills
quick chat on quayside
thanks for chat sting ive posted but cant find it we were the couple with dogs on newcastle river side made our day big fan just to say what a gent hope dog hairs come off coat
Newer comments    1 - 1 of 1    Older comments 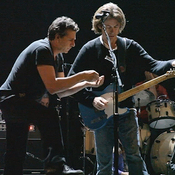 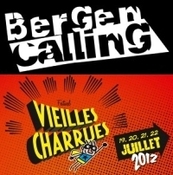 Feb 1, 2012
New Concerts Confirmed in France & Norway This Summer...
We are pleased to announce that Sting will perform at the Bergen Calling Festival in Bergen, Norway on June 19, 2012 and at the Vieilles Charrues Festival in Carhaix, France on July 21, 2012! Selections for both concerts will include songs from his enduring solo career, as well as hits from his time with The Police. Sting will be joined by a band including his longtime guitarist Dominic Miller, Vinnie Colaiuta (drums), David Sancious (keyboards), Peter Tickell (electric fiddle) and Jo Lawry (vocals)...
Read more
+