Saw an ad in the newspaper that caught my eye
I said to my baby this sounds like the ticket for you and I
It said volunteers wanted for a very special trip
To commune with Mother Nature on a big wooden ship
We took a taxi to the river in case any places were free
There was an old guy with a beard
And every kind of creature as far as the eye could see
This old guy was the boss, he said,
"I won't tell you no lie
But there's more to this journey
Than is apparent to the eye"
He said he'd heard God's message on the radio
It was going to rain forever and he'd told him to go
"I'll protect you all don't worry I'll be father to you all
I'll save two of every animal, no matter how small
But I'll need some assistants to look after the zoo
I can't see nobody better so you'll just have to do"
I said, "Just tell me something before it's too late and we're gone
I mean just how safe is this boat we'll be on?"

It rained for forty days and forty long nights
I'd never seen rain like it and it looked like our old friend
Was being proved right
We had no time to worry though there was just too much to do
Between the signified monkey and the kangaroo
We had to wash all the animals we had to feed them too
We were merely human slaves in a big floating zoo
She said, "Hey Baby I don't mean to be flip
But it seems this old man is on some power trip"
I said, "No, no sugar you must be wrong
I mean look at the size of this boat we're on
We're as safe as houses, as safe as mother's milk
He's as cool as November and as smooth as China silk
He's God's best friend, he's got a seat on the board
And life may be tough but we're sailing with the lord."

Woke up this morning and something had changed
Like a room in my house had just been rearranged
She said, "It's stopped raining and
I know the guy's kind
But if we stay here much longer
I'm gonna lose my mind."
So we said we had a mission for his favourite dove
To see if there was any mercy from this great God above
So to find dry land, away the white bird flew
We didn't need no country just a rock would do
When the dove came back to us, he threw down a twig
It was manna from heaven and meant we could blow this gig
"But the rock's too small," he said, "can't you see?"
I said, "It's just perfect for her, it's perfect for me." 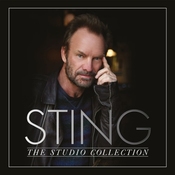 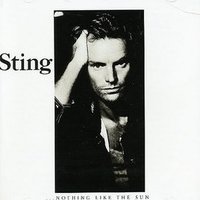